The three Cubitts on the Ranmore War Memorial (Henry Archibald, Alick George and William Hugh) were the oldest of the six sons of Henry, 2nd Lord Ashcombe, and Maud Marianne nee Calvert.  Henry and Maud created the Cubitt Chapel in memory of their lost sons.  Henry was the only surviving son of George Cubitt, 1st Lord Ashcombe, and his wife Laura nee Joyce.

George Cubitt built St Barnabas Church. and developed the Denbies Estate inherited from his father, building around 30 cottages, the School, the Rectory and the Dispensary.  He also purchased vast tracts of other land, mostly in Surrey, to extend the Estate.  George and his wife were very philanthropic and did much for the welfare of their workers and tenants.    George was the eldest surviving son of Thomas Cubitt, the famous London builder, and his wife Mary Anne nee Warner.

Thomas Cubitt purchased the Denbies Estate and built a great mansion there. He had two brothers:  another notable London builder Sir William Cubitt and the architect Lewis Cubitt.  Their sister Mary Agnes Cubitt (later Cuthell) had a son Andrew who was Thomas Cubitt’s right hand man.

Henry and Maud Cubitt’s six sons were as follows: 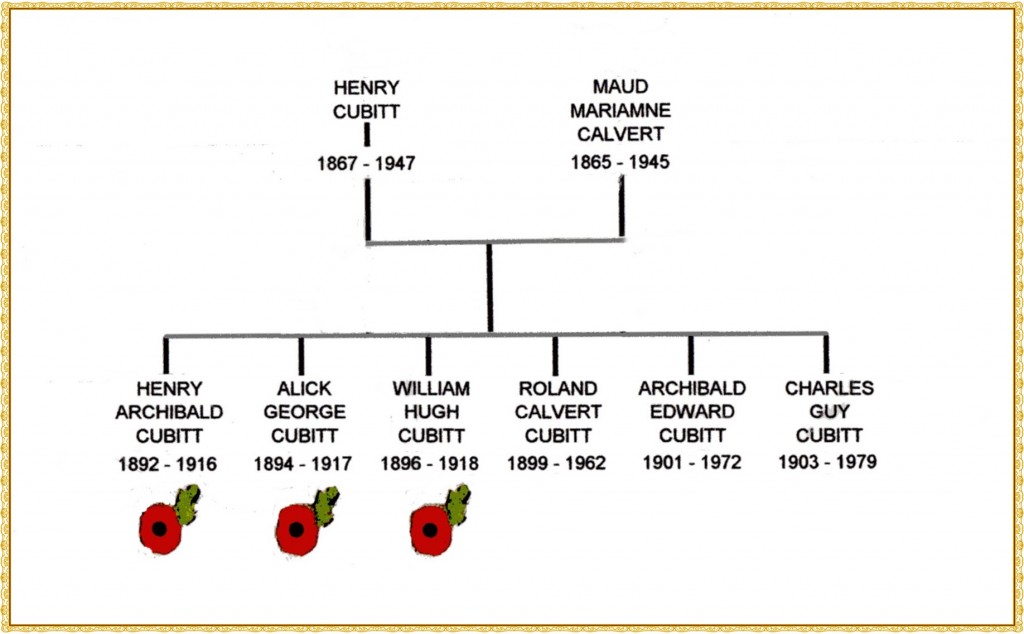