This page has been set up as a record of and tribute to the many men who served in the First World War and through good fortune returned home to their families, though often changed physically and mentally.

Of course, without a definitive record such as the War Memorial, tracking down those who survived is no easy task, and so this page and its companion They Also Served (World War 2)  are very much a work in progress.  Facts were jotted down in various ways and at various times as they came to light (often while researching another family member);  there is, therefore, often inconsistency of treatment, which will be addressed in time.  Also, sources have not yet been listed, but again this will be remedied in due course,

It is hoped that more information can be added to this page as it is discovered.  If you have such information to add or correct, or photographs of these or other people who served in the First World War, please contact us.

Below are the names of those that for various reasons we believe to have served in World War 1.  Links are usually to their “Family” pages. The small portraits of some of the men, taken many years after the War, are from group photographs in 1934 (Denbies Harvest Home) and the Denbies Home Guard in the 1940s (all copyright Ranmore Archive).

Those who died in service, although their names are not on the Ranmore War Memorial, are marked with a poppy.

Albert George ANSELL, son of George Ansell, Denbies Estate foreman, and Elizabeth Martha Ansell nee Simmonds.  Included on this page because he served towards the end of World War 1.  He then continued in the services between the Wars, and died in WW2 when his ship HMS “Avenger” was torpedoed off Gibraltar with great loss of life.  Royal Naval Air Service, Service No. F46979, then Warrant Aircraft Officer, Royal Navy (Fleet Air Arm), Service No. 246979,   Remembered at the Ranmore Remembrance Service.  For more details, see his page.

Arthur ANSELL, electrician, youngest brother of  Albert Ansell of the War Memorial. Lance-corporal, first enlisted 1901 in the Territorials, 5th Battalion, The Queen’s (Royal West Surrey Regiment), Service No. 964, signed on again in 1913 for another year, and when WW1 broke out, served for the duration, first at Poona in India and later in Mesopotamia.  More to come from service records.

Ernest Richard  BAKER, driver, elder brother of Edward George Baker, the WW2 casualty.  Army Service Corps and  4th Army Signals.  Two pages (4 and 5)  from Ernest Baker’s letter below (written in 1981, and now in the Ranmore Archive)  show his strenuous attempts to enlist.   The beginning of the sentence at the top of page 4 reads:  “The 1914-1918 came along and there a big…..”.  Eventually in August 1915 Ernest made it into the Army Service Corps.  He was 5 foot 9.5 inches tall (taller than most men for the time), and weighed 137 lbs.  A chauffeur on the Denbies Estate, he  served as a driver in France in the forces and was awarded the 1915 Star, the British War and the Victory Medals.  He was discharged in February 1919, 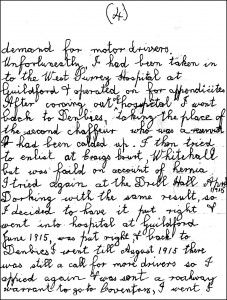 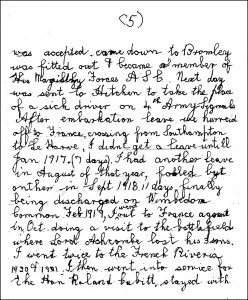 Alexander George BARNES, elder brother of Benjamin Barnes of the War Memorial.  According to his campaign medals Alex seems to have been in WW1, Private 5328809 in the Royal Berkshire Regiment

Herbert Benjamin BRADLEY, son of Benjamin and Mary Elizabeth Bradley,  Royal Army Service Corps, 1915 Star, British War and Victory medals after WW1. (NB This is probably the right person with unusual combination of names, but no service records or other evidence so far.) 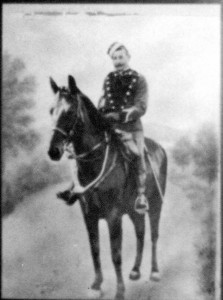 George GALE (oldest brother of Edward Gale of the War Memorial).  Regiment unknown, but “Soldier” given as his occupation on his marriage certificate in May 1914.  Lots of George Gales in Medal Rolls, but no conclusive regiment or other details

Walter Hitchcock, gamekeeper in 1911, Denbies Estate bailiff in later working years. Service No. G 2323 , The Queen’s,  previous unit 8th RWS. Disembarked 31.8.195,  A/WO. Cl II.  Quarter Master Sergeant of The Queens when he married Rachel Eliza Jobson on 20th June 1917 at Leatherhead Church, father John Hitchcock (deceased), labourer. Demobbed to Class Z, 14.3.1919.  1914-15 Star, British and Victory Medals.   After the war he and his wife lived at one of the two Fort Cottages for at least a quarter of a century, still being registered there in the 1945 Electoral Roll.  He is reputed to have been very military-minded, so maybe it suited him to live in a one-time military establishment. Later he lived at Keepers Cottages, and then Old Dene Cottages.  Serjeant in Denbies Home Guard.  Died 1983, buried St Barnabas (grave Q 8), wife buried in same grave 1987. 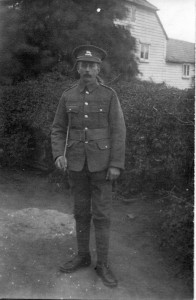 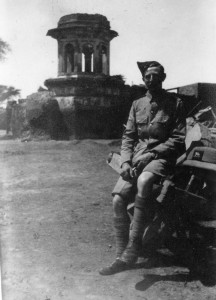 Frederick John CATON, brother of Percy Caton of the War Memorial, b 1885.

Charles GALE. younger brother of Edward Gale of the War Memorial, b. 1887.

Walter William WORSFOLD, husband of Jessie Ethel Buckland and brother-in-law of Frederick Buckland of the War Memorial, b. 1883.  Served according to his niece-by-marriage Muriel Rice.

There are no doubt others in this category, whose names and details will be added as they come to light.

The Hon. Maud Cubitt, and later as Lady Ashcombe, was President of the Surrey Branch of the Red Cross from 1909 until just before the outbreak of the Second World War in 1939. During World War 1, a working party of VADs was set up at Denbies, to sew and knit items for the troops.  Several  members of this group were mothers or other relatives of men whose names are on the Ranmore War Memorial,  The complete list from the Red Cross records is below.  At present we do not know who many of them are – any information will be greatly appreciated (contact us).

Mrs Elizabeth BAKER, wife of Allen Baker, Estate bailiff, mother of Edward George Baker whose name is on the WW2 section of the War Memorial. 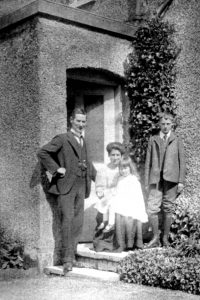 Sarah Jane Boxall with her husband and children outside Dairy Cottage, about 1912 (Ranmore Archive)

Mrs Jennie HEDGER [there were two Jennie Hedgers on Ranmore, trying to work out which one this is].