The War Memorial on the south side of the nave at St Barnabas is inscribed with the names of the fourteen Ranmore men who “went forth from this parish at the call of duty and fell in the Great War 1914-1918”.

The bronze plaque was erected in 1922 after a Diocesan faculty was granted through the petition of the Rector and churchwardens.  Many war memorials were financed by local public subscription or by families (probably the latter for the plaque to Frederick Buckland erected earlier on the north wall of the nave).  However, the Church appears to have funded the combined Ranmore War Memorial at a cost of £30 (nearly £1500 in today’s money). 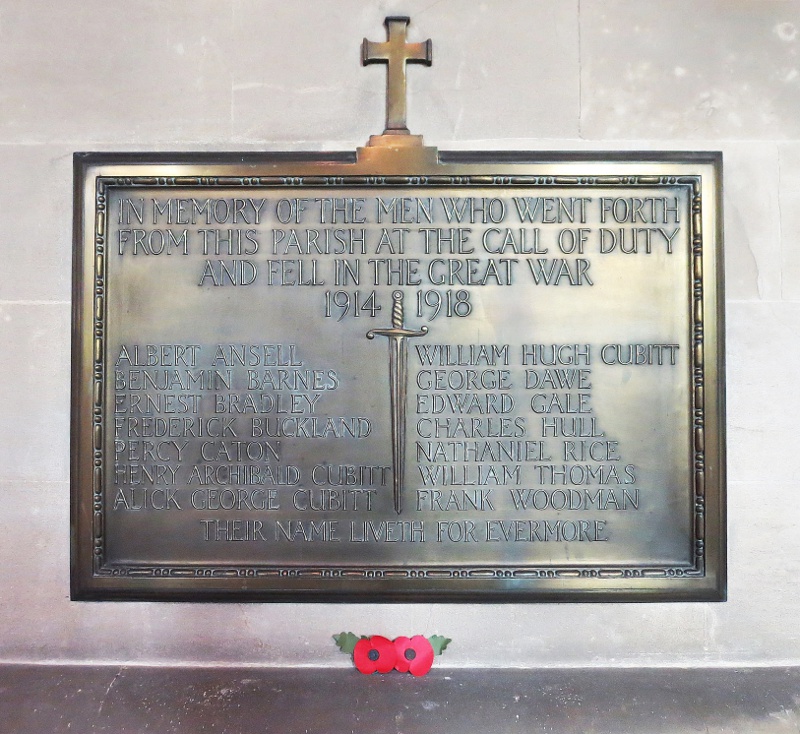 NAMES ON THE WAR MEMORIAL

THEY SHALL GROW NOT OLD AS WE THAT ARE LEFT GROW OLD.
AGE SHALL NOT WEARY THEM NOR THE YEARS CONDEMN.
AT THE GOING DOWN OF THE SUN AND IN THE MORNING

WE  WILL  REMEMBER  THEM 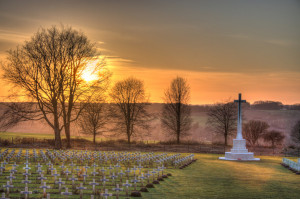